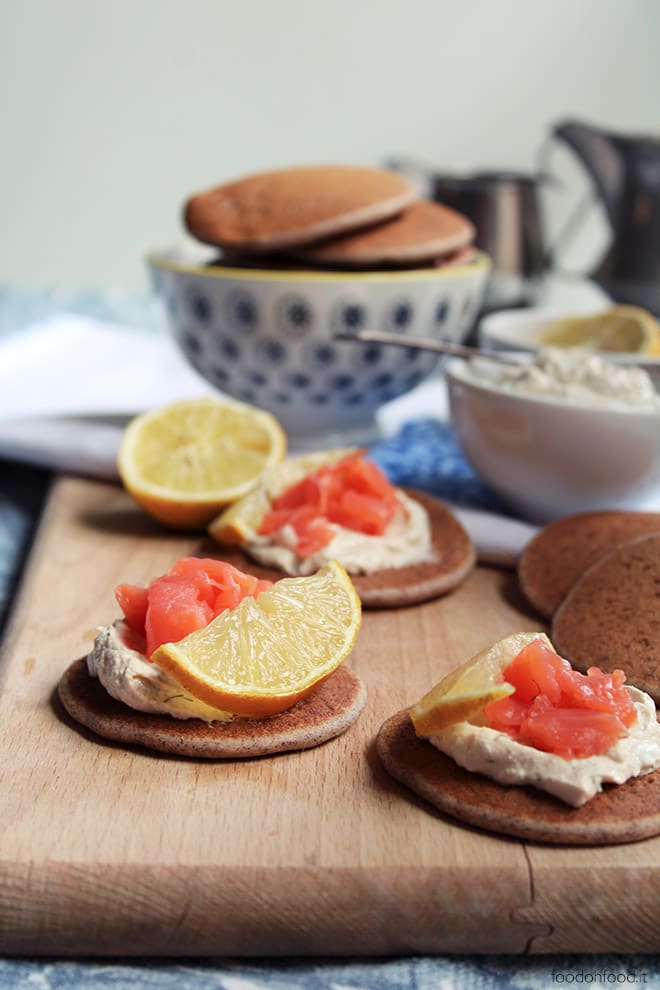 These fantastic savory pancakes are called blini (also blin, bliny, blintchik) and in particular these Russian blini are made of buckwheat flour. Because this recipe uses only buckwheat flour they are gluten free. Traditionally they were prepared at the end of winter on the occasion of maslenica (it is a traditional Russian, Ukrainian and Belorussian holiday that takes place in the week immediately preceding Great Lent and which roughly corresponds to the carnival – wikipedia) but as often happens with delicious food, now they are prepared all year round and often decorated not in traditional way (smetana and caviar). My version includes cream cheese, dill and smoked salmon topping.

For this recipe I used buckwheat flour made by Bartolini.

Mix lukewarm milk with sugar and active dry yeast. Set aside for 5 minutes until it becomes foamy.

Add flour and salt and mix. Place the container, covered with a cotton cloth, in a warm place for 45 minutes – 1 hour

While waiting for the dough, prepare the cream cheese spread by vigorously mixing the cheese with two tablespoons of yogurt, three teaspoons of soy sauce and minced dill.

After 40 minute the mixture should become frothy and full of bubbles.

Heat a non-stick pan. If necessary grease it with some olive oil or butter and pour a few tablespoons of batter. Cook for about 2 minutes on each side over medium-low heat. Turn them as soon as bubbles appear on the surface so that they are golden brown on both sides.

Serve with the previously prepared cream cheese spread, some slices of smoked salmon and a thin slice of lemon. Before eating, squeeze the lemon over the blini and serve immediately.

p.s. If you liked this recipe maybe you should also try: Savory pancakes with peas, baby spinach and pecorino cheese

This recipe was born thanks to the collaboration with Bartolini – an Italian company that produces high quality food products: extra virgin olive oil, pasta, legumes and cereals, polenta and flour. 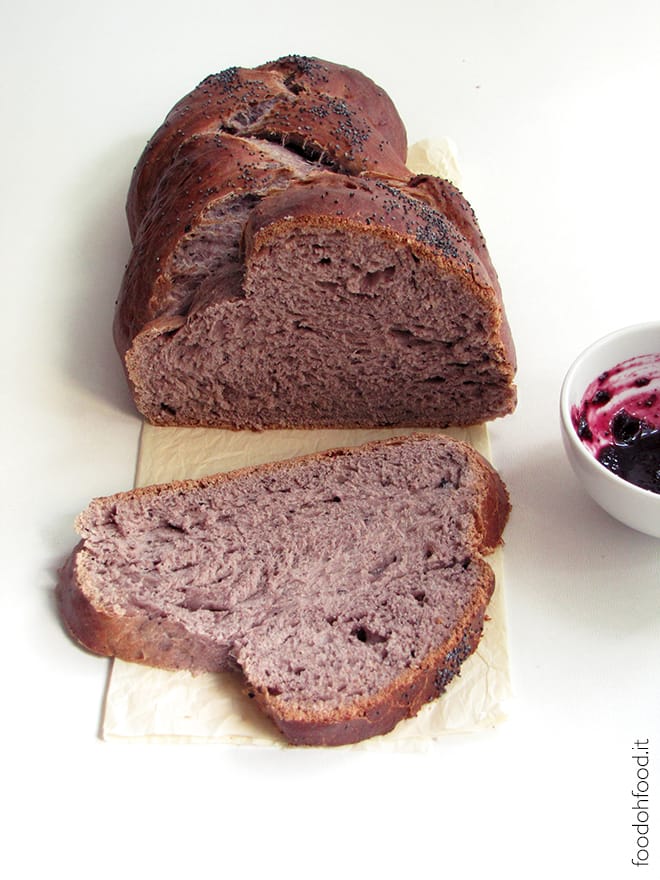 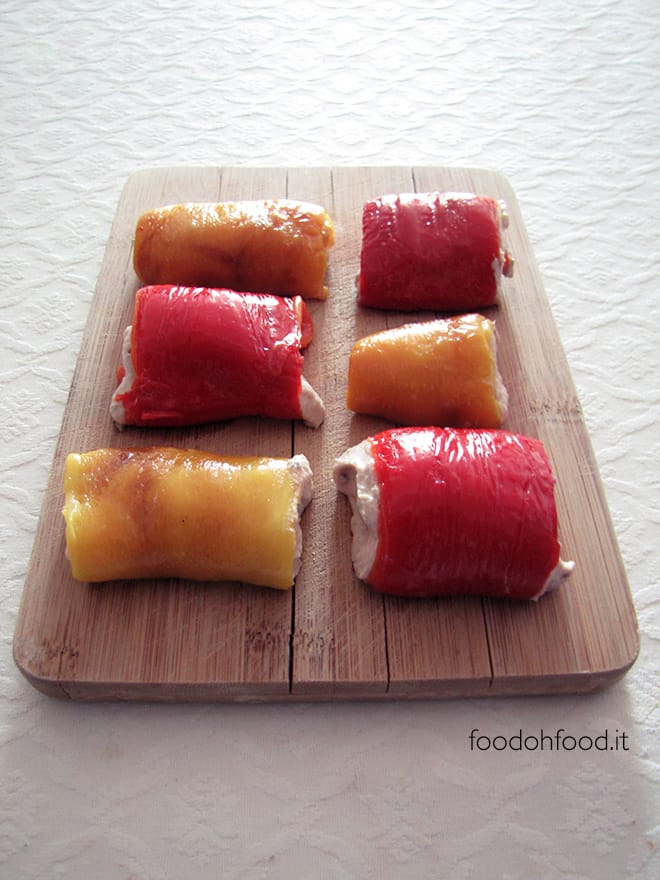 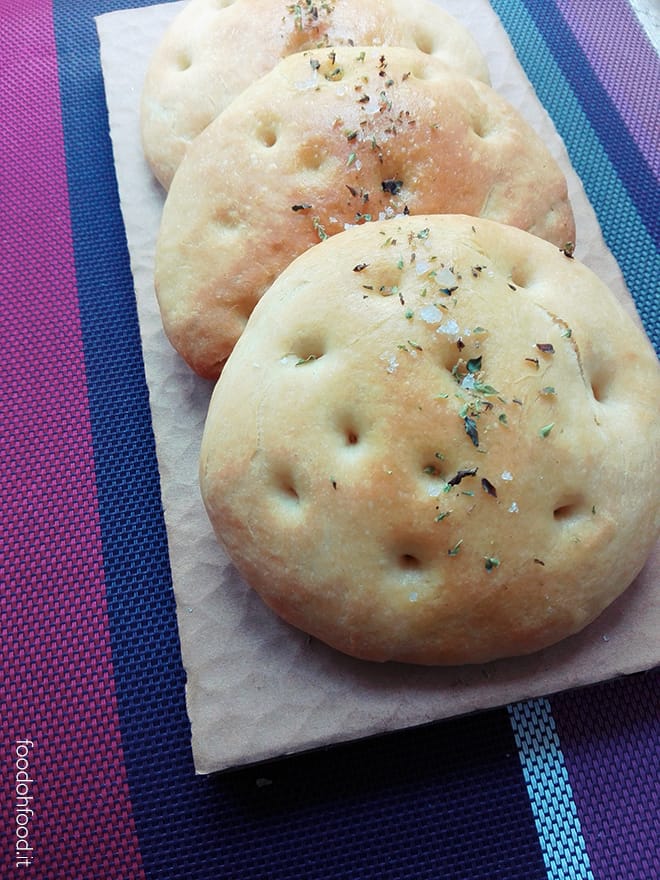 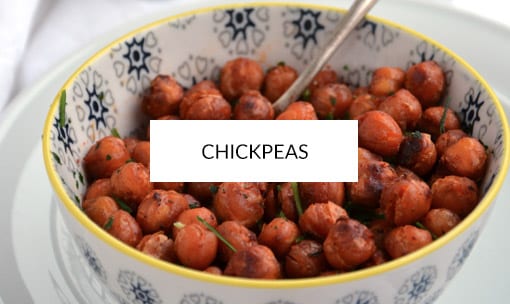 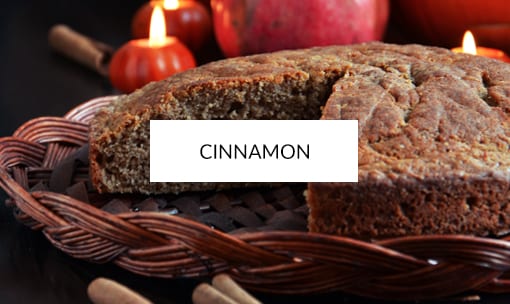 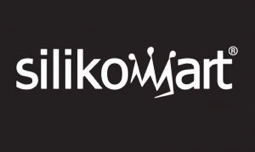